Accessibility Menu
Accessibility Help
Press ctrl + / to access this menu.
Polio is a scary disease that can cause paralysis. However, polio has been eradicated in the United States and is almost eradicated worldwide. That’s why it is perfectly understandable that parents are now concerned about rare cases of a similar disease now being seen in the country. Acute flaccid myelitis (AFM) is a neurologic illness, most often caused by a group of viruses similar to the polio virus. It also causes similar symptoms.

“A child with AFM will develop weakness, often of the legs that may progress to complete paralysis. It may be at a higher level and involve the arms, as well,” Andrew Pavia, MD, Chief of Pediatric Infectious Disease for University of Utah Health. “There may also be slurred speech, or trouble swallowing. In severe cases a child may need to use a ventilator to breathe.”

There have been two waves of AFM in the United States in the past four years – one in 2014 and one in 2016. Still, the number of children with the condition is extremely low. The Centers for Disease Control has only 362 confirmed cases in the last four years – with 38 of those happening in 2018. “The chance that any one child gets infected are extremely low, but if it is your child, it’s a pretty serious illness,” said Pavia.

Because AFM is caused by not just a single virus it is so far proving difficult to track. The viruses that are suspected causes of AFM usually cause mild illness and may even not cause any symptoms at all. Also, by the time symptoms of AFM occur it may be difficult to accurately track the precise virus that caused them.

“By the time the paralysis develops, often times the virus is no longer detectable in the nose or the spinal fluid,” Pavia said. “That makes it difficult to find out what’s causing any given case of AFM,  understand transmission and how to prevent it we need to be able to identify the virus.”

AFM is rare. The best thing to do is protect yourself and your children against AFM is exactly what you do to prevent the spread of viral illnesses. Thorough and regular hand-washing is a great place to start. It helps stop the transmission of germs and viruses. Also, stay away from people who are sick and stay home when you are sick to keep from infecting others. And, of course, vaccinate yourself against preventable diseases like measles and polio.

“Vaccines protect you from a whole host of nasty illnesses you don’t want,” said Pavia. “While they may seem like diseases from the past the risk of them returning is really real if vaccination campaigns around the world don’t continue. The periodic return of measles due to decreased measles vaccine use in some areas is a clear warning.” 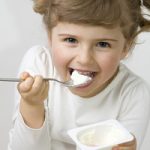 How much sugar is too much for kids? Pediatrician Dr. Cindy Gellner explains that a sugar-loaded diet contributes to childhood obesity. She recommends that children have no more than 45 grams of sugar in a day—the equivalent of about 15 sugar cubes—even when it comes to foods that we generally consider healthy, such as fruit juice and yogurt

HOW TO TREAT SKIN CONDITIONS ON THE FOOT 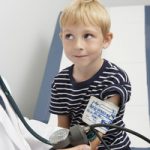 Foot skin issues are common among teenagers—and no, it’s not always athlete’s foot. Pediatrician Dr. Cindy Gellner talks about three common foot skin issues in teenagers, and how to identify and treat those issues without a trip to the doctor.