[bs_row class=”row”][bs_col class=”col-sm-8″] What is Eosinophilic Esophagitis? By Libby Mitchell, U Health Eosinophilic Esophagitis (EoE) is probably the most common allergic reaction you’ve never heard of. It’s a condition that causes the tissues of the esophagus (the tube that connects the mouth to the stomach) to swell making eating and swallowing difficult, and over the […]
Janelle Hanson

What is Eosinophilic Esophagitis?

By Libby Mitchell, U Health

Eosinophilic Esophagitis (EoE) is probably the most common allergic reaction you’ve never heard of. It’s a condition that causes the tissues of the esophagus (the tube that connects the mouth to the stomach) to swell making eating and swallowing difficult, and over the past decade it is being seen more and more – especially in children.

“Part of the increase is that we are becoming more in tune with the symptoms and moving more quickly to make the diagnosis,” said Jacob Robson, M.D., M.S., a pediatric gastroenterologist with University of Utah Health. “We are also seeing a rise in this condition that mirrors rising rates of other allergic conditions, like asthma, eczema, and peanut allergies.”

A common symptom of EoE is a behavior many parents face with their children: picky eating. Infants and toddlers with EoE may avoid eating altogether or avoid certain foods because they are difficult or painful to swallow. Sometimes the swallowing dysfunction can lead to vomiting. “It isn’t until a child is older that they really can explain what’s going on,” said Robson. “Then they can describe the symptoms really well – saying that solid foods that are tough to digest will get lodged in their esophagus and they have to drink more water or ‘power swallow’ to get it to go down.”

Diagnosis of EoE is currently made with endoscopy. The child is put under general anesthesia and a camera is inserted down their throat to the esophagus to examine the tissue and take small samples (biopsies) to look at under a microscope. Doctors who diagnose and treat EoE admit it is not ideal. “We are working towards a non-invasive way to diagnose and treat EoE,” said Robson. “Something like a blood or saliva test–a better way to track this disease.”

Once the diagnosis is made the next step is determining what is triggering the reaction. The most common allergens that cause EoE to flare are milk, eggs, soy and dairy. But it can be hard to track due to the nature of how the flare-ups occur. “With something like a peanut allergy the response is immediate,” said Robson. “But with EoE it is more of a delayed reaction. You could be eating for weeks or months before the symptoms tip over to problematic.”

Due to the way the reaction occurs, often it is easier to eliminate foods from the diet and see the response rather than waiting for the allergy to be triggered. Therefore, modifying diet is one of the primary ways EoE is treated. “It’s a shared decision-making process with the parents and the physician,” said Robson. “In order to avoid medications, some families choose to make changes to their child’s diet in order to manage EoE.”

In cases where dietary changes aren’t the desired options, medications can be used to manage EoE symptoms. One is a specific type of acid blocker (a proton pump inhibitor, such as omeprazole or lansoprazole) and the other is a steroid like those used to treat asthma. “Instead of inhaling it the child swallows it to coat the esophagus and calm it down,” said Robson.

EoE can make eating miserable, but it is treatable. In cases where it is not treated, a child may suffer from a lack of nutrition, or forget how to eat normally. In extreme cases the esophagus may become scarred and narrowed—food that is lodged in the esophagus and won’t go down needs to be removed by emergency endoscopy. “It doesn’t have to reach that point,” said Robson. “Once EoE is diagnosed and a treatment plan is in place, then eating can be enjoyable.”[/bs_col][bs_col class=”col-sm-4″][bs_well size=”lg”]

IS IT DANGEROUS TO BE A CHRONIC SHORT SLEEPER? 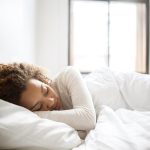 Most research says getting less than the recommended seven to nine hours of sleep a night can be detrimental to your health. But as many as 10 percent of Americans report that getting six hours or less a night seems more than enough. Researchers Paula Williams and restlab.psych.utah.edu.

KEEPING YOUR KIDS SAFE IN THE SUN 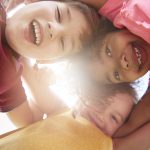 Summer is a fun time for kids, but being out in the hot summer sun can do a lot of damage. And not just sunburns. Pediatrician Dr. Cindy Gellner explains how to keep your child safe in the heat, identify symptoms of dehydration and heat stroke and how to treat them.

Click here to listen to read the full story.