Although up to half of women have fibroid tumors, many of them don’t realize it. And that’s generally fine — until symptoms appear that interfere with their quality of life or ability to get pregnant and carry to full term.

Fibroids are benign tumors that grow in the muscles of the uterus. Symptoms depend on their size and location. “They can be all sizes, from as small as a millimeter to as large as a basketball,” says Marisa Adelman, M.D., obstetrician-gynecologist with University of Utah Health.

Fibroids typically occur in three main areas. Submucosal fibroids located inside the uterus can deform the cavity there. Intramural fibroids grow within the uterine walls. Symptoms associated with these fibroid types include heavier and longer menstrual bleeding and pain.

Subserosal fibroids grow on the outside of the uterus. In addition, fibroids can be pedunculated, meaning they hang off of a stalk. Women generally don’t notice these last two fibroid types unless they get large enough to cause bulk symptoms — pressure that causes pelvic pain, frequent urination, or constipation.

More seriously, fibroids can interfere with a woman’s ability to get pregnant, carry full-term and deliver vaginally.

“If a fibroid is 5 centimeters in size or greater, that can affect the ability to get pregnant,” Adelman explains. “For example, a fibroid that’s blocking where the fallopian tube enters into the uterus could impact fertility.”

During pregnancy itself, some fibroids degenerate due to inadequate blood flow. The resulting inflammation may cause severe pain and pre-term contractions. A fibroid’s location may also create complications. For instance, a large fibroid low in the uterus could prevent the baby from descending into the pelvis, interfering with labor and delivery.

Physicians generally diagnose fibroids based on symptoms or during a well-woman visit. But Adelman emphasizes, “They’re not a concern if you’re asymptomatic. They’re only a problem if they’re affecting your quality of life.”

Physicians use two main approaches for myomectomy, the surgery to remove fibroids. The hysteroscopic technique removes fibroids inside the uterus by going through the cervix. This approach requires no incisions and involves minimal postoperative discomfort. On the other hand, the abdominal technique requires an incision in the abdomen to treat fibroids inside the wall or outside of the uterus. The abdominal approach can be performed laparoscopically or robotically.

It’s also possible to shrink fibroids. In uterine artery embolization, a radiologist injects beadlike particles to cut off the fibroid blood supply. This is useful if only one dominant fibroid needs to be treated.

Although the same fibroid does not usually recur, a woman may develop others in the future. To prevent that possibility, a hysterectomy not including the ovaries may be a consideration if a woman has completed child bearing. Hysterectomy can be associated with less blood loss and a shorter operative time than myomectomies.

If fibroids are interfering with your qualify of life or ability to become or remain pregnant, consult your gynecologist-obstetrician. She’ll help you understand your chances for a healthy pregnancy, options to permanently remove fibroids and personal risks and benefits of treatment options.

SHOULD I BE WORRIED IF MY JAW POPS AND CLICKS? 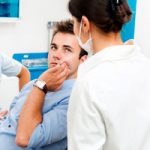 If your jaw starts to bother you with clicks and pops while you eat or when you yawn, you might start to worry. Is it worth it to go see a dentist? Dentist Dr. Gary Lowder talks about what can cause jaw problems and what you might be able to do to resolve it without treatment. He tells you what to do if these problems become painful or if they persist. 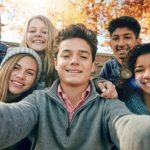 It feels like there are millions of books, websites and articles about making our homes safe for babies. But what about making them safe for teens? This summer the majority of teens will be left home alone for at least some amount of time, and there are plenty of ways for them to get in trouble or get hurt. So, how to keep them safe?