Weight loss is  an ongoing challenge for Americans. Throughout the years, we have found ourselves slurping cabbage soup, feasting on grapefruits, exploring diet prospects on South Beach and the Mediterranean, and eating like prehistoric cave dwellers (on the assumption that our ancestors had access to a Vitamix, of course).

The latest diet to gain mainstream popularity in this over $3 billion industry is the ketogenic (keto) diet. It isn’t new; in fact, it’s been used in hospitals to help control epileptic seizures in patients for many years.

The goal of this low-carb, high-fat diet is to help the body reach the body’s metabolic state called ketosis. “Ketosis is a normal metabolic process. When the body does not have enough glucose for energy, it burns stored fats instead; this results in a build-up of acids called ketones within the body,” says James McIntosh. This condition is believed to optimize the fat-burning process while lowering insulin levels.

But, does it work? More importantly, is it the recipe for a long-term lifestyle change? Health experts are mixed on their opinions, bringing as many health concerns to the table as advantages.

A standard keto diet model looks something like this:

This macronutrient exclusionary diet eliminates sugar, grains, and most fruits while emphasizing green vegetables, fats, and proteins. The fat sources include avocados, nuts, cheese, bacon, red meat, (cheese, bacon and red meats can be eaten in moderation, but aren’t considered beneficial for health) eggs, and other saturated, polyunsaturated, monounsaturated, and natural trans fats.

Supporters of the keto diet praise quick results, rapid weight loss, and the simplicity of the program. (Hey, a diet that welcomes cheese and bacon—what’s not to love?) And the fact that the program doesn’t rely on counting calories has added appeal. While rapid weight loss does occur during periods of severe calorie restriction or carbohydrate restriction, this is largely due to the loss of water occurring as the body depletes its storage of glycogen. Glycogen is the body’s storage form of carbohydrate. Long-term weight loss likely results from the calorie restriction associated with a diet attempt.

But there are some concerns about the sustainability of the program for those using it for weight loss. “For many people, it doesn’t feel like a particularly sustainable diet because of it’s restrictive nature,” says Anne Pesek Taylor, clinical dietitian for University of Utah Health. “Since you are restricting fruits, many vegetables, grains, and sugar sources from your diet, it can be more challenging to eat socially, meet micronutrient intake recommendations, and to feel satisfied on an ongoing basis.”

Some critics of the diet point out that the program’s restriction of certain foods is where the weight loss success lies rather than on the food we eat.  And the fact that the program is high in fat yet doesn’t allow whole grains, fiber, and most fruits may aggravate other health conditions. While there is no long-term data on the risks, Taylor is concerned that a high-fat diet could raise LDL cholesterol levels, which increases the risk of heart disease or stroke. Also, there is the matter of maintaining a state of ketosis. “Being in ketosis long term could potentially lead to a level of acid in your blood that’s too high, called ketoacidosis,” says Taylor.

Taylor says that with any diet attempt, people should consider whether they can maintain these food choices long term. “For many, successful weight loss doesn’t mean following a structured diet, but instead focuses on the specific behaviors that might be preventing successful weight loss,” says Taylor. “This includes understanding non-hunger eating cues and identifying ways to address these cues without food.”

In general, if people are considering a restrictive diet attempt like the keto diet, Taylor encourages people to talk to a doctor or a dietician.

Health Minute: 3 Things to Pay Attention to on a Nutrition Label 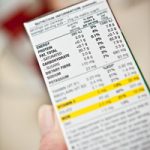 Nutrition labels on the back of food products can be confusing. On today’s Health Minute, registered dietitian Theresa Dvorak explains three key things to look for and understand on nutrition labels and what they mean for your health.

WHY ASPARAGUS MAKES YOUR URINE SMELL 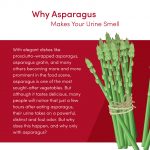 Asparagus is the one vegetable that reminds you that you ate it. Here are the reasons why.