The latest issue of University of Utah Magazine is hot off the presses. Check out the features, including a film from a U alum generating Oscar buzz, how the U is developing games and apps to treat diseases and how we’re addressing the disproportionate impact of the pandemic on women.

One U alum’s path to a breakout Sundance hit

A few weeks after he graduated from Yale with a degree in biology, Isaac Chung went to Disney World with his parents. So, as it turned out, it was at the happiest place on Earth that he told them the unhappy news: He wasn’t going to be a doctor after all. He was going to make movies.

The lines at Disney World are many and long, providing ample chance for a father and mother to try to convince their son, ever so gently, that he was making a big mistake. Hadn’t he always wanted to do something beneficial for the world, they asked. And how would he make a living?

Chung MFA ’04 not only wanted to make movies, he wanted to make art films: Those sometimes bleak, often enigmatic movies that hardly ever make their directors rich or famous, the kind of minimalist movie he first saw his senior year at Yale in a filmmaking class that changed his life; the kind of movie that might win him a prize at a film festival but would still keep him on the fringes of a bountiful career.

Read how this story has what you might call a “Hollywood ending,” and watch the trailer for the award-winning “Minari” film.

A Healthy Dose of Gaming 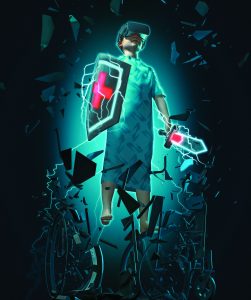 Who would ever think that making fish dance could be so much fun? Johnny Staples loves doing it. The 33-year-old with autism is a great fan of the virtual reality game Choreografish, developed in the U’s Therapeutic Games and Apps Lab, aka The GApp Lab. Choreografish is just one of the many therapeutic and instructive apps and games students and instructors in the lab have created to help children and adults deal with issues like cancer treatment, cognitive impairment, and motor skills development.

Choreografish isn’t a game in the sense of skill, strength, or luck determining a “winner.” Instead, Choreografish helps players tune out the often-overwhelming stimuli of the outside world and create a soothing environment they can control, helping them experience a sense of well-being.

From treating depression to empowering kids with cancer, read more about how apps and gaming are helping people live healthier lives.

The pandemic has widened the inequality gap for women, and the U is working to change that 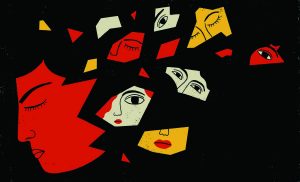 Ask yourself, is it as socially acceptable for a man to hold a baby on a work video call as it is for a woman? That’s just one scenario Jennifer Workman found herself wondering about last spring when the pandemic unexpectedly pushed her and her husband to work from home with no childcare.

“I think gender roles really come into play here,” says Workman, a clinical researcher in pediatrics at the U. “If a baby cries during a Zoom meeting with the father on the call, the subtle undertone is: Shouldn’t your wife, nanny, fill in the blank deal with this problem?”

It is precisely these kinds of unspoken, often subconscious assumptions that have led not only Workman but also millions of other women into taking on a disproportionate share of household duties since the pandemic hit. And while it may be true that men are more likely to become seriously ill from the coronavirus, when it comes to living through the social and economic upheavals of this situation, women arguably have it worse—especially those in the workforce.

See five ways the pandemic has impacted women, and how the U is studying the fallout to help women long after the pandemic ends.

U students have until Feb. 14 to share their experiences around their sense of belonging at the university.

The Department of Art & Art History’s Beth Krensky is one of five live performance artists up for the 16th Arte Laguna Prize award, and one of only six Americans.

While abroad, the team will train, participate in exhibitions against Korean teams and host meet-and-greets with students aspiring to pursue an athletic career at the collegiate level in the United States.