Thanks to a $526,000 grant from the U.S. Department of Energy, University of Utah atmospheric scientists Jay Mace and Gannet Hallar will study data from the Southern Ocean, which surrounds Antarctica, as part of ongoing efforts to understand how ocean processes impact clouds in that relatively untouched part of the planet.

Different ocean processes at different seasons affect the formation of clouds and precipitation in the Southern Ocean, which then affects the energy and water cycle of the ocean and the landmasses within it. In the austral summer, sulfur from biological blooms affects cloud reflective properties; in winter particles of sea salt produce different clouds. Not much is known about these processes.

“In many ways, this is pure exploration since data collected in the Southern Ocean is so rare,” says Mace. Much of the data comes from research vessels, including a 2018 expedition which Mace joined for two months as part of the Measurements of Aerosols, Radiation and Clouds Over The Southern Ocean (MARCUS) project.

Mace and Hallar will analyze the data sets from the MARCUS project and other Southern Ocean monitoring projects MICRE and AWARE, in conjunction with NASA satellite measurements, to learn how small airborne particles called cloud condensation nuclei control clouds and their reflectivity and influence precipitation in the Southern Ocean to hopefully help refine atmospheric models in order to accurately capture and represent these processes.

“Understanding the processes are important because the energy budget of the Southern Ocean affects the uptake of carbon dioxide from the atmosphere and also the precipitation influences the mass balance of the ice sheets,” Mace says. “The Southern Ocean is also thought to be the last vestiges of the pristine Earth since it is so removed from human pollution.”

In addition to this work, Mace has submitted a proposal, funded by a seed grant from the U Vice President for Research office, to head back to sea in 2022 to collect additional data.

Learn more about the Southern Ocean and its roles in carbon storage and sea level rise.

Find research on the clouds of the Southern Ocean by Mace and colleagues here, here and here. 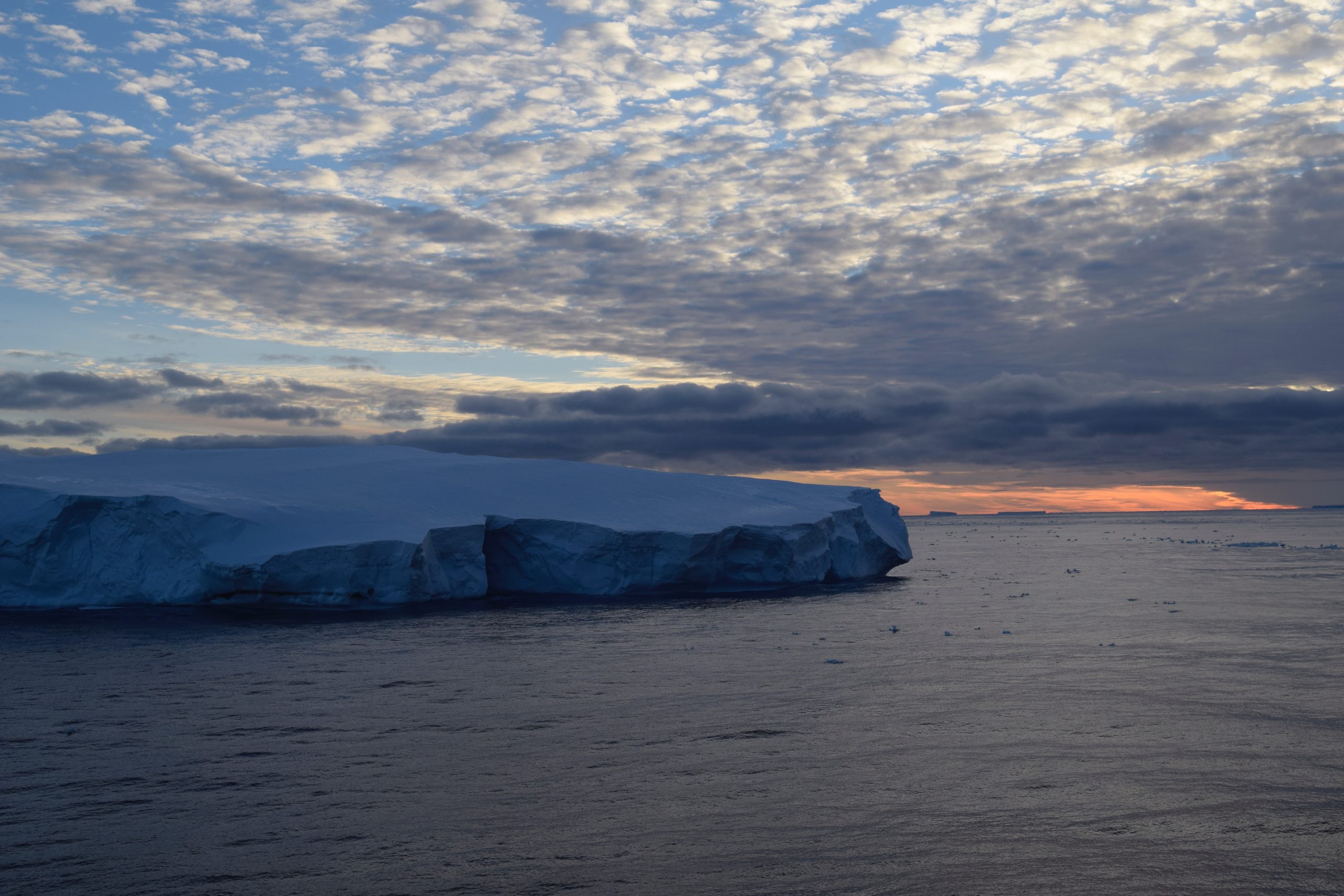 Icebergs in the Southern Ocean, January 2018.