University of Utah materials science and engineering professor Ling Zang, whose ground-breaking research into nanomaterials and chemical sensors has created better technologies to detect explosives and toxic chemicals, was elected as the newest fellow of the National Academy of Inventors.

Zang is one of 175 fellows elected in 2020 by the academy and the only one from Utah and the University of Utah this year. Past University of Utah fellows include College of Engineering Dean Richard B. Brown; former president David W. Pershing; and Electrical and Computer Engineering professor Cynthia M. Furse.

“I am honored and humbled to have been elected to the National Academy of Inventors,” says Zang. “For a university researcher like me, it is always a great pleasure to see how a new technology can be transferred from lab prototype to real products that solve critical problems and improve quality of life.”

The academy is a nonprofit organization founded in 2010 that recognizes and encourages inventors, enhances the visibility of the university, educates and mentors students, and publicizes the inventions of its members. 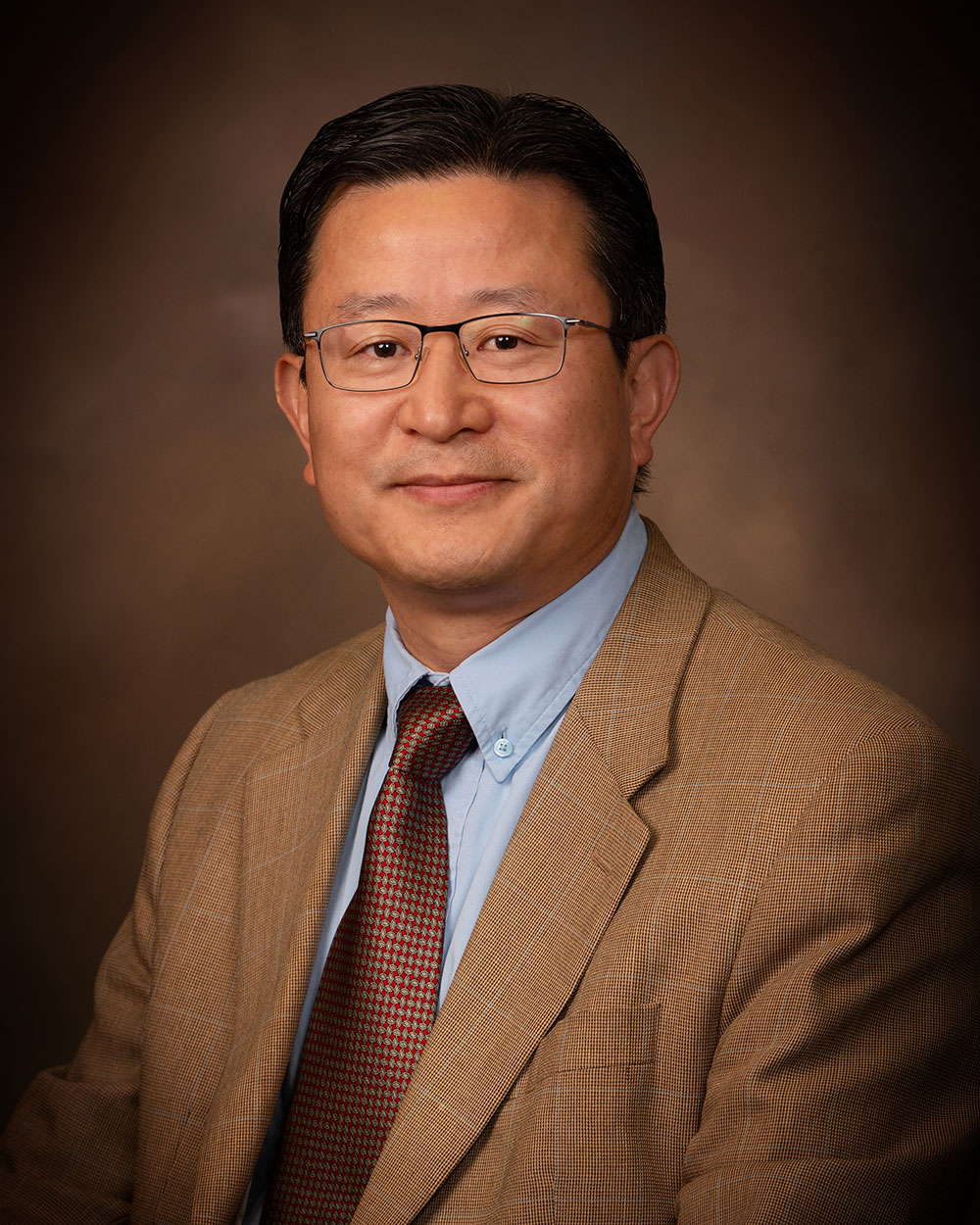 In addition to nanomaterials and chemical sensors, Zang’s research also focuses on organic semiconductors and nanostructures, optoelectronic nanodevices, and photocatalysis and photovoltaics for conversion of solar energy. His research discoveries have been applied to areas of defense, public safety, renewable energy and environmental protection. He is the founder of two companies, Vaporsens and Metallosensors.

Many of his patented sensor technologies have been developed for products such as a handheld device that can quickly detect explosives and airborne chemicals and another that can identify heavy metal pollutants in water. He is also involved in the development of new technology that combines molecular sensors and a zero-power device that continuously monitors for insects that damage crops. He currently has 26 patents that were either granted or are pending, 12 of which have been licensed to industry, and has some 140 papers published in peer-reviewed journals in chemistry, materials science, sensors and nanotechnology.

“I am particularly grateful for all my current and former students and postdoctoral researchers who worked hard in producing the inventions,” Zang says. “Many of them are co-inventors of the intellectual property, and some of them continue to work in the industry, leading the effort of developing the IPs into a variety of products. I am so proud of them.”

Zang received a bachelor’s degree in physical chemistry in 1991 from Tsinghua University in Beijing and a doctorate in chemistry in 1995 from the Chinese Academy of Sciences. His first job in academia was as an assistant professor at Southern Illinois University in 2003. He arrived at the U as an associate professor in the Department of Materials Science and Engineering in 2008 and was named a full professor in 2013. He also has an appointment as an adjunct professor in the U’s Department of Chemistry.

Fellows who are elected are academic inventors “who have demonstrated a highly prolific spirit of innovation in creating or facilitating outstanding inventions that have made a tangible impact on quality of life, economic development and the welfare of society,” according to the academy. Fellows are nominated by their peers “for outstanding contributions to innovation in areas such as patents and licensing, innovative discovery and technology, significant impact on society, and support and enhancement of innovation.”