The White House has nominated David Applegate, adjunct professor of geology and geophysics at the University of Utah, to serve as director of the U.S. Geological Survey. If confirmed by the United States Senate, Applegate would serve as the USGS’ 18th Director.

According to his USGS bio, Applegate “oversees the geologic hazard and coastal and marine programs of the USGS and coordinates the hazard response and planning activities for the bureau.” The USGS natural hazards mission includes seismic networks like the University of Utah Seismograph Stations, which is funded by the USGS.

David Dinter, professor of geology and geophysics, first brought Applegate to the U during the early 2000s as an additional instructor for the field camp capstone experience for geology students.

Applegate holds degrees in geology from Yale University and the Massachusetts Institute of Technology and is a fellow of the American Association for the Advancement of Science and the Geological Society of America.

Established in 1879, the USGS is the scientific bureau of the U.S. Department of the Interior.

The USGS is a close partner with the University of Utah. In 2018, then-director James Reilly signed a five-year memorandum of understanding with Ruth Watkins, then president of the University, allowing for sharing of resources and close collaboration between the U and the USGS. With offices in Salt Lake City, USGS scientists are frequent collaborators with U faculty.

Read the U.S. Department of the Interior announcement here. 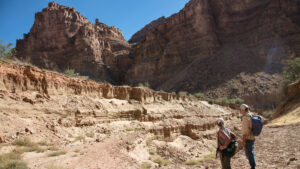 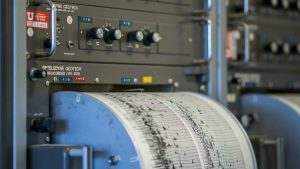 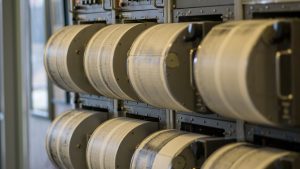