A two-day symposium being presented this fall by the Parks, Recreation and Tourism program will focus on nature’s power to help heal military veterans and their families.

This is the second conference sponsored by Parks, Recreation, and Tourism. In 2014, it presented “This Land is Your Land: Toward a Better Understanding of Nature’s Resiliency—Building and Restorative Power for America’s Armed Forces Personnel, Veterans, and their Families.” The symposium proceedings were later published in a book.

“Five years later, it is now time to revisit what we have learned in the intervening years about the healing power of nature for America’s veterans and their families,” said Dan Dustin, a professor of outdoor recreation studies and symposium organizer. 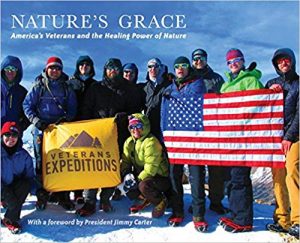 The 2019 symposium, “Nature’s Grace: America’s Veterans and the Healing Power of Nature,” includes three keynote presentations and 21 plenary sessions. Keynote addresses will be given by Bill Krissoff, an orthopedic surgeon who enlisted in the Navy Medical Corps after his son was killed in Iraq; retired Marine Corps Major General Anthony Jackson, who was appointed the 19th California State Parks director upon his retirement from the military; and Stacy Bare, a veteran of the Iraq war, principal at Bare LLC and producer/founder of Adventure Not War.

The full schedule is available here.

The U’s Parks, Recreation, and Tourism program is presenting a symposium Nov. 13-15, 2019, on the power of nature to aid healing of military veterans and their families. The symposium will be held at the Officers Club in Fort Douglas, 150 S. Fort Douglas Blvd., Salt Lake City.

To register for “Nature’s Grace: America’s Veterans and the Healing Power of Nature,” click here.