A conference at Rice-Eccles Stadium will draw roughly 30,000 people on July 17-20, 2019. Lane and road closures will take place at 500 South, between 1300 East and Guardsman Way, as well as along University Street.

In addition, University Street between 400 and 500 South — just west of the TRAX station — will be closed to regular traffic, but residents and their guests living in the area will be allowed through. The east side of University Street from Presidents Circle to 400 South is expected to see increased traffic for passenger drop off and pick up from Lyft and Uber.

Buses will be staging in the parking lot directly west of the stadium, as well as the “E” parking lot used for tailgating on Guardsman Way. Curbside parking along the roadway will be restricted.

Activities conclude on the evening of July 20 with a private concert at the stadium. The concert is expected to end around 10:30 p.m. with a fireworks display.

Please expect delays during the time frames below and plan on using an alternate route. 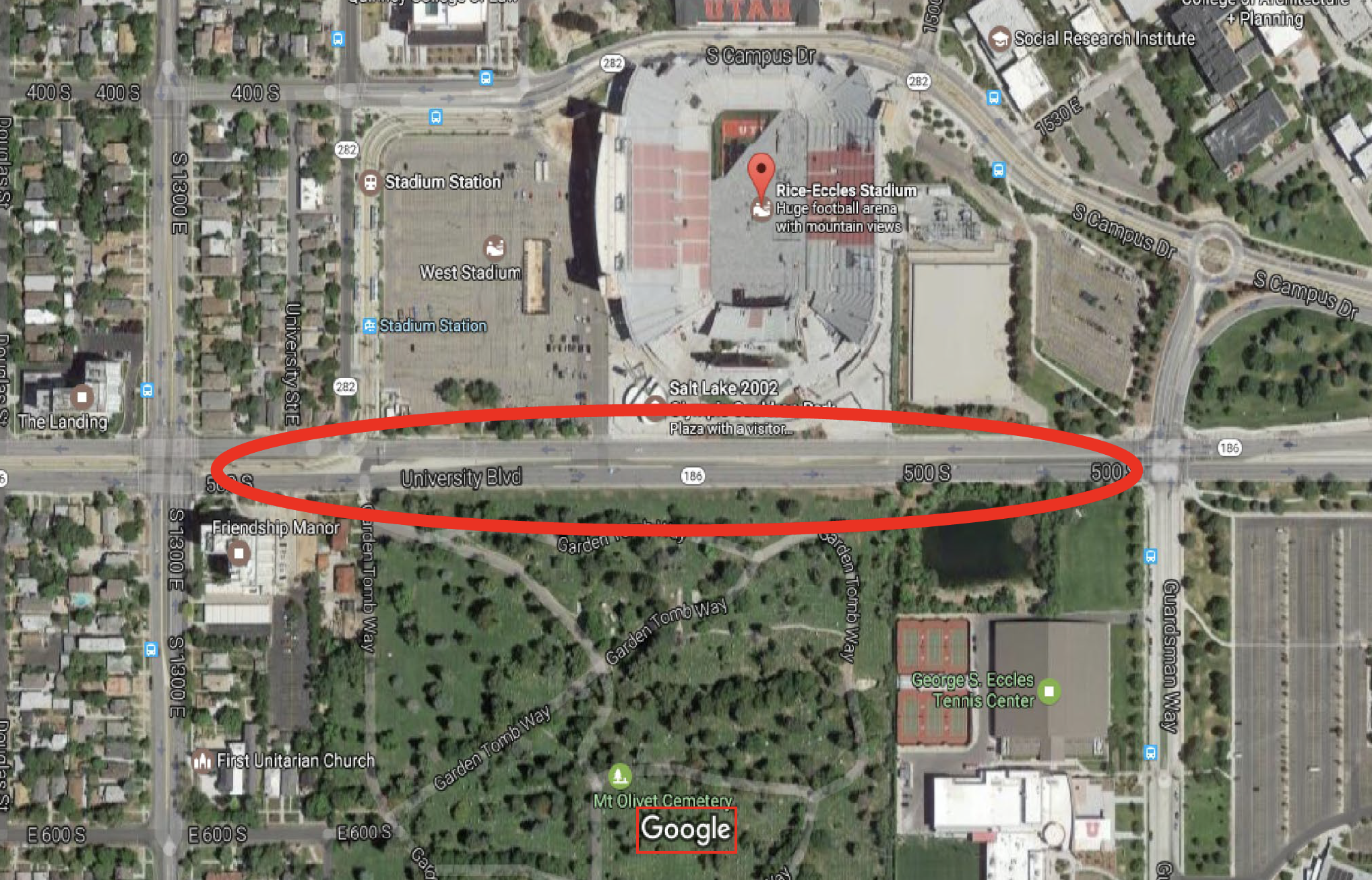