KUER (NPR Utah) is proud to announce the completion of an ambitious construction project that dramatically expands the NPR member station’s broadcast footprint in southwestern Utah. With a new, more powerful signal heard at 93.9 FM, KUER is now serving listeners throughout St. George, Cedar City and Washington and Iron counties.

“It has been our goal – nearly five years in the making – to be heard in this unique, growing part of the state and to listen to the people who live there,” said KUER Executive Director Maria O’Mara.

Launched in 2016, the project is a part of KUER’s statewide service mission, which seeks to provide high-quality news, information and entertainment to Utahns across the state. The station, which is part of the University of Utah, airs NPR News, state and local stories from KUER News, and the popular weekly program RadioWest with Doug Fabrizio.

“News and information is one of the most important commodities in any community,” said Doug Caputo, a Southern Utah resident and member of KUER’s Advisory Board. “NPR Utah has made a tremendous investment in our region with this new signal and a local news reporter. This is a special place that deserves a special radio station.”

The new frequency, KUQU 93.9 FM, restores NPR programming to one of the country’s fastest growing communities following the exit of Nevada Public Radio from St. George in April 2020. Also, listeners will now hear KUER News stories relevant to Utahns, including those that originate from the station’s Southwest Utah Bureau in St. George.

Staffed by full-time reporter and St. George resident Lexi Peery, the bureau is one of two such initiatives funded by KUER and the national service program Report for America.

“When we opened the bureau in St. George last year, we rediscovered a place rich with untapped storytelling potential,” said O’Mara, noting that KUER previously had a large presence in the area until changes on the local dial shrunk the station’s footprint in 2006. “We are so happy that the St. George community can now more easily hear all that KUER provides.”

KUQU is an FCC-licensed station based at Pine Spring Knoll near Enoch, Utah. KUER installed a new antenna, transmitters and other equipment that greatly increased its existing coverage in Iron and Washington counties. Previously, NPR Utah relied upon low-power translators to serve individual communities – one of which (107.9 FM) will continue to serve Ivins and Santa Clara due to terrain issues.

A capital campaign raised significant funding for the $1.2 million project, with generous support in the form of a lead gift from the George S. and Dolores Doré Eccles Foundation, and support from the Emma Eccles Jones Foundation and the Florence J. Gillmor Foundation. Final funding

was secured through an appropriation from the Utah Legislature, in addition to donations made by private individuals and local family foundations. 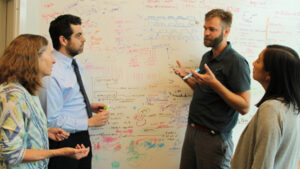 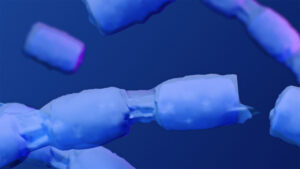 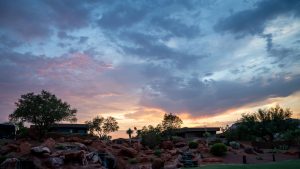