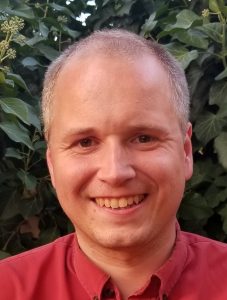 Professor Karl Schwede in the U’s Department of Mathematics has been named a member of the 2021 Class of Fellows of the American Mathematical Society (AMS). The Society recognizes members who have made outstanding contributions to the creation, exposition, advancement, communication and utilization of mathematics. Schwede joins 14 other professors in the department who were previously named fellows by the AMS.

“It’s an honor to be named as a fellow of the American Mathematical Society, and I’m grateful for the recognition of my peers in the profession,” said Schwede.

Schwede received his undergraduate degree in mathematics from Whitman College and a Ph.D. in mathematics from the University of Washington. Math was originally third on his list of interests in college, but as he took more advanced math courses, his focus changed to mathematics.

Schwede does basic research in mathematics, studying algebra, geometry and particularly singularities. Much of his work is in the setting of modular arithmetic (also known as clock arithmetic), the same setting as much of our modern communication systems. For example, 5 hours after 10 is 3 or 5+10 = 3. “In this area, I have primarily studied singularities of geometric shapes by algebraic means,” said Schwede. Recently, he has begun working in mixed characteristic, which connects the positive characteristic of clock arithmetic with classical (5+10 = 15) geometric worlds.

He joined the U’s Math Department in 2014 as an associate professor and became a professor in 2018. Last spring, Schwede received a Simons Fellows Award in Mathematics from the Simons Foundation. 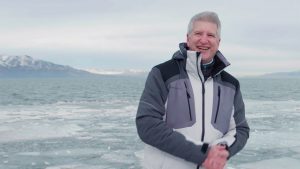