Two major miles stones were celebrated this past week at Rice-Eccles Stadium, the topping-out of the structural steel and the 2002 Olympic Cauldron returned to campus.
Shawn Wood - University of Utah Communications 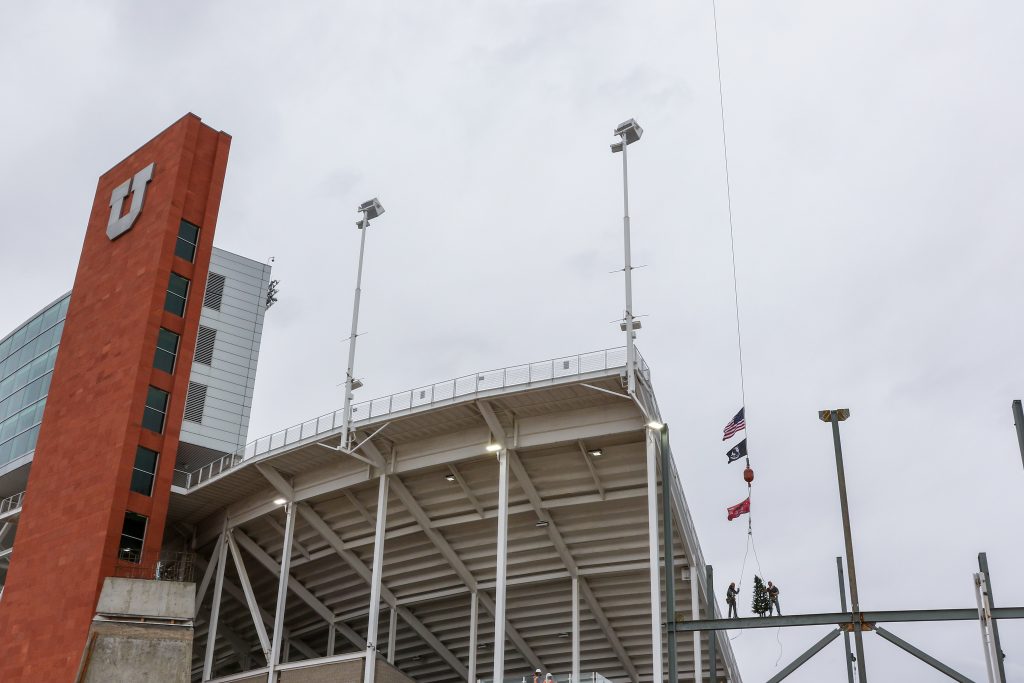 Members of the Garff family were present and signed the celebratory steel beam that marked the completion of erecting the structural steel. The Garff family pledged over $17 million to the project on the stadium’s south end zone.

The expansion and renovation project will enclose the south end zone, add premium seating and increase stadium capacity by nearly 5,000. Scheduled to open later this year, the expansion will house both teams’ locker rooms, officials’ locker rooms, sports medicine facilities and many other spaces dedicated to game-day personnel at field level, plus a large field club. 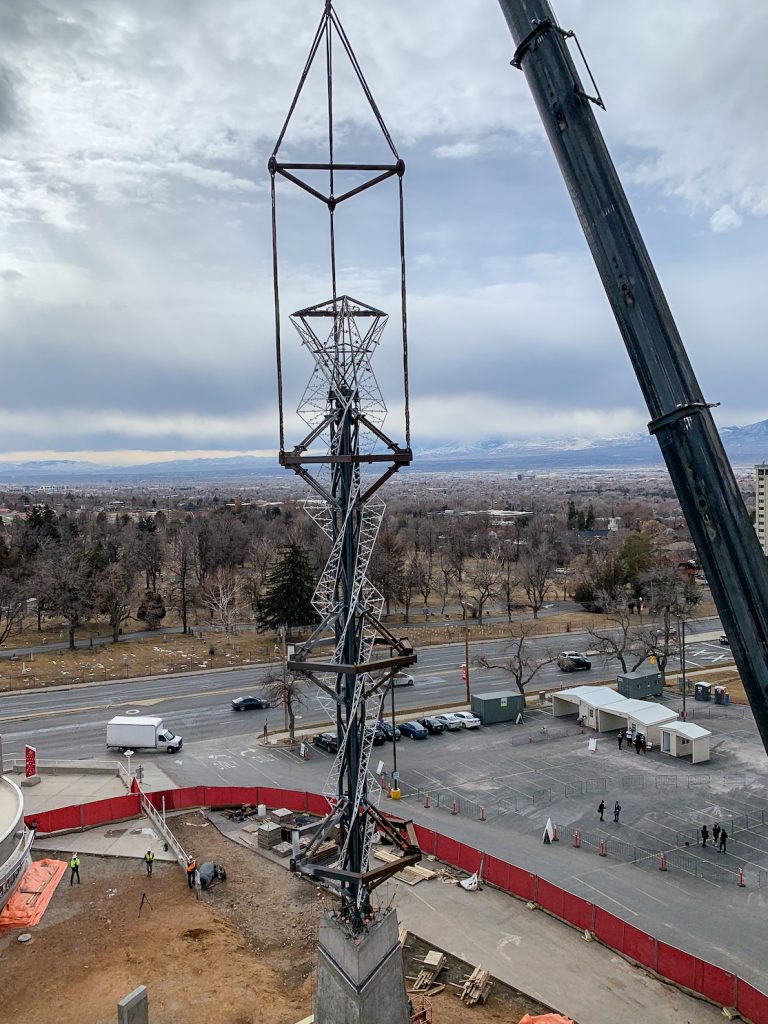 2002 Olympic Cauldron: The cauldron returned to the University of Utah last Friday with work continuing on its refurbishment to extend its lifespan. Removed in February 2020, the cauldron was transported to an off-site location where all 738 glass panes were removed and the complete structure was sandblasted and refinished.

The returned structure was placed on a newly constructed 32-foot-tall pedestal, just north of the stadium ticket office. The cauldron was placed without the panes of new high-quality glass, which will be installed on-site. LED lights have also been worked into the framework so the entire structure can be lit for special occasions.

It’s anticipated both the Ken Garff Performance Zone and the 2002 Olympic Cauldron will be the completed early fall of 2021.

The work will begin Monday, January 30, through Thursday, February 9.

The deadline for submitting nominations is February 17, 2023.