Four faculty members—a pharmacologist, a political scientist, an engineer, and a physicist—have been named Presidential Scholars at the University of Utah.

The award recognizes the extraordinary academic accomplishments and promise of mid-career faculty, providing them with financial support to advance their teaching and research work.

“These scholars represent the exceptional research and scholarship of mid-career faculty at the University of Utah,” said Dan Reed, senior vice president for Academic Affairs. “They each are outstanding scholars and teachers in their fields of specialty. Their scholarship is what makes the U such a vibrant and exciting intellectual environment.”

Presidential scholars are selected each year, and the recipients receive $10,000 in annual funding for three years. The program is made possible by a generous donor who is interested in fostering the success of mid-career faculty. 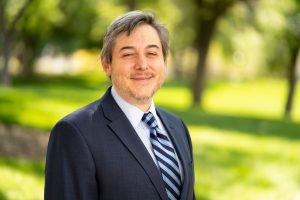 His international research partnerships include teams of basic and clinical scientists in Canada, Germany, France and Italy that are developing novel therapeutic agents, including cannabinoids, to treat pathological aggression, autism-spectrum disorder, Tourette syndrome, schizophrenia and impulse-control disorders like pathological gambling. His multi-disciplinary teams at the U are studying violence in humans and animal models to study therapies for opioid use disorder.

Bortolato’s research group discovered that neurosteroids mediate the role of stress in many neuropsychiatric disorders.

“My goal is understanding how the integration of genetic predisposition and environmental factors—specifically, stress—shapes mental health,” he said. “We are trying to build on these discoveries to develop new drugs to facilitate the implementation of psychological therapies for a wide range of disorders.” 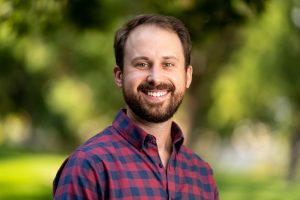 Jim Curry, an associate professor and director of graduate studies in the Department of Political Science, researches U.S. politics and policymaking—specifically the role of parties and leaders in the U.S. Congress. His interest in politics was cemented when he worked first as an intern for U.S. Sen. Dick Durbin, D-Illinois and then for the House Appropriations Committee.

“I was already interested in how our governmental institutions worked, but spending time there, and watching and observing the day-to-day goings-on only intensified that interest,” Curry said. “I left that internship convinced I either wanted to work on Capitol Hill or study the place.”

As the academic advisor to the Hinckley Institute of Politics, Curry hopes to inspire others to study Congress and Washington politics. His book, Legislating in the Dark, examines how congressional leaders leverage their unique access to legislative information and resources to encourage rank-and-file members to support leadership decisions, and how those members of Congress are often in the dark as the legislative process unfolds. Legislating in the Dark was selected as the recipient of the 2016 Alan Rosenthal Prize. 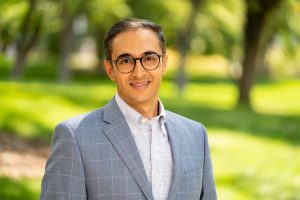 Masood Parvania, associate professor and associate chair for research and advancement for the Department of Electrical and Computer Engineering, studies the next generation of resilient and sustainable power and energy systems.

The director of the College of Engineering’s U Smart: Utah Smart Energy Laboratory, Parvania is dedicated to modernizing and enhancing electrical systems.

“The electric power grid has served us well for over a century and has contributed to the economic prosperity of many communities around the world,” he said. “But I am passionate about enhancing the efficiency and resilience of the power grid to serve the needs and challenges of the 21st century, as well as educating the next generation of educators and engineers who would lead the evolution of the grid in the future.” 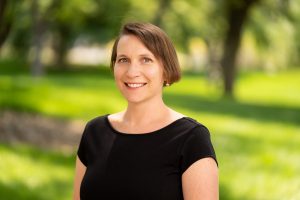 Pearl Sandick, a theoretical particle physicist and associate professor in the Department of Physics and Astronomy, studies explanations for dark matter in the universe—one of the most important puzzles in modern physics.

“I love that my work involves thinking of new explanations for dark matter, checking that they’re viable given everything we know from past experiments and observations, and proposing new ways to better understand what dark matter is,” she said. “I find this type of creative work and problem solving to be really fun on a day-to-day basis, and the bigger picture — what we’ve learned about the Universe and how it came to look the way it does — is just awe-inspiring.”

She has given a TEDx talk and been interviewed on National Public Radio’s Science Friday. Sandick is passionate about teaching, mentoring students and making science accessible and interesting to non-scientists. In addition to the Presidential Scholar award, she has received the U’s Early Career Teaching Award and Distinguished Mentor Award.

“One of the great joys of working at the U is our commitment to engaging students at all levels in research,” Sandick said, “and I’ve been thrilled to work with amazing undergraduate and graduate students.”