What do you get when you combine a passion for service, a career in educational psychology and a love for teaching the next generation? You get people like Janiece Pompa, a faculty member in the College of Education’s educational psychology department. Pompa was recently awarded a Presidential Citation from the president of the American Psychological Association (APA) in recognition of her extraordinary contributions to the field of psychology.  APA President Jennifer Kelly noted Pompa’s service on the State of Utah Governor’s Hispanic Council as the mental health representative, her membership on APA’s Division 40 Ethnic Minority Concerns Committee, acting as minority representative on the National Association of School Psychologists, as well as being chair of the Utah Psychology Association’s (UPA) Diversity and Underserved Populations Committees and her presidency of UPA not once, but twice.

Born and raised in a Hispanic, Spanish-speaking family in San Antonio, Texas, Pompa went to school in the state’s poorest school district. Her parents were active in the social justice movements of the 1960s and involved their three children from an early age. Her father, Gilbert G. Pompa, eventually became a federal mediator and the director of community relations service in the U.S. Department of Justice in 1978. Her mother, also an advocate for equality, became the acting executive director of the Women’s Bureau of the Department of Labor under President Bill Clinton.

This early example of public service and working toward a more equitable and just world is a legacy that Pompa has continued. Following her parents’ example, she taught English to immigrant parents at Emerson Elementary School while serving as a school psychologist in the Salt Lake City School District. She has also worked with Catholic Community Services to provide psychological support to immigrant populations and has conducted training seminars for foster parents of immigrant children. She is well-known in the psychological community for her wide range of expertise in areas of professional practice and commitment to preparing practitioners to serve children who are racial minorities. In her final year as president of the Utah Psychological Association, Pompa continued articulating UPA’s public position supporting a legislative ban on conversion therapy for minors, legislation that passed in 2019. She also established the Hermelinda B. Pompa Endowed Scholarship to honor her mother and help increase the number of school psychology students from diverse ethnic and racial backgrounds prepared to work in Utah schools.

Janiece’s voice and actions have raised awareness about the needs of marginalized populations in Utah and have made an indelible mark on psychology here in Utah and across the country.

About the American Psychology Association

The APA is the leading scientific and professional organization in representing psychology in the United States. The mission of the APA is to “promote the advancement, communication and application of psychological science and knowledge to benefit society and improve lives.” The APA achieves its mission by employing evidence-based psychology to make a positive impact on societal issues, increasing the public’s understanding of, regard for and use of psychology and prepares professionals in the field of psychology for the future. Learn more about the APA here. 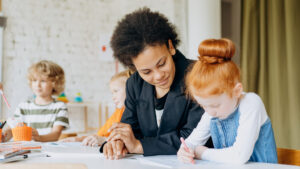 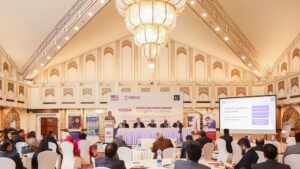