Students currently enrolled or recently graduated (within the last five years) from the University of Utah are eligible to be nominated for the 2023 Ivory Community Leadership Award. Self-nominations are welcome.

The Ivory Community Leadership Award includes a $2,000 award (or $4,000 for up to two co-recipients) and $10,000 to invest in the program or efforts developed and implemented by the recipient(s). The award seeks to recognize and celebrate the impact of student involvement and leadership in our community.

Nominations are due Wednesday, March 15 at 5 p.m. Nominate yourself or someone you know here.

Clark Ivory, former chair of the University of Utah Board of Trustees, established the award to recognize extraordinary and influential student-led projects that positively impact the campus and/or the broader community. The award seeks to enhance the undergraduate experience and encourage student involvement and leadership. It recognizes one to two students for demonstrating a positive influence on student success and/or fostering efforts that have enabled meaningful change.

Past recipients of the Ivory Community Leadership Award 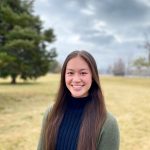 Amalia Friess is the president of the University of Utah Beekeepers Association, a student-led club that maintains honeybee hives on campus and supports the conservation of native pollinators. Friess began her journey with the club as a novice beekeeper and has now been a member for four years. With the $10,000 donation from the Clark and Christine Ivory Foundation, the University of Utah Beekeepers Association was able to grow and expand bee conservation efforts on a broader scale. Friess would like people to know that the best way to “save the bees” is to support the thousands of native, solitary bee species by planting native plants and minimizing the use of pesticides. 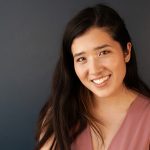 Francesca Hsieh co-founded BIPOC Artists for Awareness, a student advocacy group in the University of Utah Department of Theatre. Hsieh’s advocacy work helped launch an important dialogue within the Department of Theatre, increasing communication between the department and students, and enhancing its commitment to anti-racism. Hsieh also co-created a student organization called Open Door Productions which allows students to write, direct and produce their own shows. 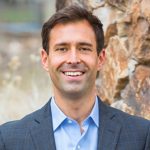 Alexander Becraft is a co-founder of “Well-being elevated,” a social impact venture comprised of an app, website and support groups that provide preventative and scalable mental health services for college students and Utahns. Well-being elevated provides lessons and interventions on topics such as strengths, resilience, coping with negative events, emotions and thoughts, mindfulness and much more. Becraft strives to provide people with tools and strategies that help them build resilience and thrive in the face of challenges and stressors. 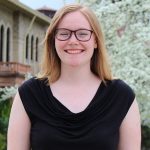 Kaitlin McLean is the founder of Bags to Beds, a nonprofit organization that works with volunteers to braid plastic bags into mats that people experiencing homelessness can use to cushion and warm their sleeping spaces. Since its inception, Bags to Beds has created 84 sleeping mats, each requiring 300-500 bags and 30+ hours of labor to make. Additionally, the work done at Bags to Beds has removed over 35,000 plastic bags from the waste stream. 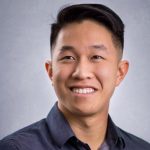 Johnny Le, a graduate student in computer science at the University of Utah was recognized for founding Utah’s largest programming marathon, HackTheU, which cultivates creative problem-solving among hundreds of participants from across the country. The annual HackTheU event was inspired by similar programs at the University of Pennsylvania, Oxford and Stanford universities. To launch the program, Le brought together leading campus programs including the Medical School, Sorenson Impact Center, colleges of engineering and science and the Lassonde Entrepreneur Institute. Highlights of projects include an augmented reality application for learning to interact with autistic children and a musical space odyssey in virtual reality. 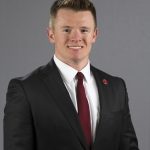 The 2017 Ivory Award recipient was Nick Knight, a third-year student at the University of Utah. Knight has gone above and beyond in his work to develop resources and solutions aimed at addressing intergenerational, systemic issues related to individual and public health, education and social justice—particularly as they pertain to food insecurity. He is the executive director of Feed U Pantry, an on-campus food pantry, and has worked with university leadership in formulating strategies to alleviate food insecurity among members of the campus community. Feed U has served more than 1,000 people with over 10,500 pounds of food to date. Knight is the embodiment of the selfless leadership this world needs. 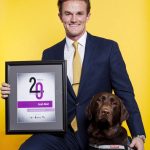 Jacob Nold became a part of his mother’s vision to connect trained service dogs to veterans suffering from post-traumatic stress disorder. The nonprofit organization Labs for Liberty has a clear goal: To create a lasting impact for the better. While the roughly 3 million combat veterans are small compared to the 20 million veterans countrywide, Labs for Liberty hopes to pick up where the Department of Veterans Affairs leaves off in terms of one-on-one veteran care. Nold noted that it can be difficult at times “not to get too emotionally invested” when working so closely with the labs and veterans, however, he believes it is important to build relationships that will last a lifetime. 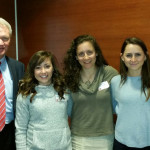 Allyson Armstrong and Katharine Blumenthal co-founded the Student-Run Pro Bono Physical Therapy Clinic in November 2013. Since it opened, the Department of Physical Therapy faculty has aligned coursework with events at the clinic, including a doctoral seminar in which students reviewed and provided evidence-based critiques of care delivered by students at the clinic. The project grew to include students from the physical therapy assistant program, as well as nutrition, medicine, pharmacy and nursing and has prompted other clinics along the Wasatch Front to engage students in physical therapy clinical services.

Construction continues on the new Applied Sciences building throughout the winter months.  The project team is preparing to tie in Salt Lake City sewer and stormwater utility lines, which will require a short-term road closure on University Street between 200 South and 300 South.  The work will begin Monday, January 30, through Thursday, February 9.  […]

The deadline for submitting nominations is February 17, 2023.

Personal property is not insured by the University of Utah.