BARBARA WILSON NAMED INTERIM DEAN OF THE COLLEGE OF NURSING 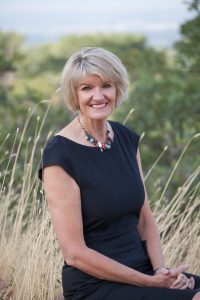 Associate Dean for Academic Programs Barbara Wilson has been named interim dean of the College of Nursing.

“As we continue to advance health at the University of Utah, our deans play a vital role in inspiring innovation and progress,” Betz said. “Dr. Wilson will build on the impressive foundation laid by Dean Morton in the College of Nursing and continue to enable both student and faculty excellence.”

Wilson is an alum of Weber State University, the University of Utah and Brigham Young University—all in nursing. Over her clinical nursing career, from 1978 to 2003, Wilson worked in acute care settings for Intermountain Healthcare, primarily in women’s and newborn health. She was an assistant professor at Arizona State University (ASU) from 2005-2012, where she provided oversight to the undergraduate pre-licensure program and served as adjunct faculty at the Center for Health Information and Research (CHiR), part of Biomedical Informatics at ASU.

Wilson and Morton will work together over a two-month transition period.

“I only feel comfortable accepting this role because I know of our individual and collective interest in continuing to move the college forward in a positive and proactive way,” Wilson said. “I look forward to our continued conversations and collaborations. It will be a busy time!”

A longtime nursing leader, Wilson also is a data panel member for the Association of Women’s Health, Obstetrics, and Neonatal Nurses (AWHONN) postpartum hemorrhage project and a member of numerous professional organizations, including the Utah Organization of Nurse Leaders, Academic Leadership Council; Sigma Theta Tau International (STTI), the Western Institute of Nursing (WIN), and the Utah and American Nurses Association (UNA/ANA), where she currently serves as a Utah state delegate. 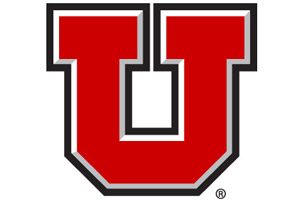 Utah Director of Athletics Mark Harlan bolstered his executive staff today by promoting Kyle Brennan to Chief Operating Officer/Deputy Athletics Director for Internal Operations and naming Scott Kull Deputy Athletics Director for External Operations. Kull was Harlan’s deputy A.D. at the University of South Florida from 2016-2018 and has been serving as USF’s interim athletics director since Harlan departed for Utah in June.

“Kyle Brennan has been invaluable, not only to me, also but to everyone in Utah athletics during the transition period between (former athletic director) Chris Hill’s retirement and my appointment as Utah’s director of athletics,” said Harlan.

About his new deputy athletic director Harlan says, “Scott Kull brings a wealth of college athletics administration experience and did a great job as our deputy athletics director at USF for the last two years. He will be a tremendous addition to our team and I was thrilled Scott wanted to join us here at Utah.”

Brennan and Kull are reuniting at Utah, having previously worked together at TCU in 2005-06—Brennan as the compliance director and Kull as the associate athletics director for external operations.

Kull’s previous stops were at Florida (1992-93), Georgia Tech (1993-94), Ohio State (1994-97), Florida State (1997-2005), TCU (2005-16) and USF (2016-18). He began his career as a graduate assistant in ticketing at Florida and a marketing intern at Georgia Tech before Ohio State hired him full time as an assistant director of marketing. He was the marketing director at Florida State, earning promotions to assistant and associate athletic director during his time there, before moving into external relations at TCU and USF. 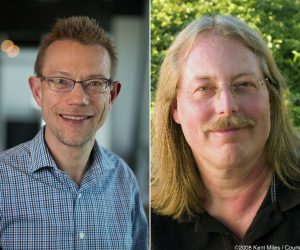 Robert M. (Mike) Kirby, professor of computer science, has been named interim director of the University of Utah’s Scientific Computing and Imaging (SCI) Institute. Kirby fills the role previously held by Chris Johnson who recently stepped down after 25 years as director of the institute.

“I want to express my deep and sincere thanks to Chris and reaffirm the administration’s commitment to scientific computing on campus. Chris’ leadership, passion and vision for SCI over the last quarter century have made the institute an international leader and one of the university’s great treasures. I look forward to working closely with Mike and the institute’s leadership team during this transition,” said Dan Reed, senior vice president for academic affairs.

The SCI Institute is considered a leading academic center in the fields of visualization, scientific computing, and image analysis. The institute’s overarching research objective is to conduct application-driven research in the creation of new scientific computing techniques, tools, and systems. The institute has trained more than 400 graduate students and postdoctoral fellows (in addition to providing internships to nearly 100 undergraduates). SCI Institute graduates have moved into faculty positions with universities both here in the US and internationally and also become innovators with companies such as NVidia, Google, Intel, Exxon Mobil and Medtronics. 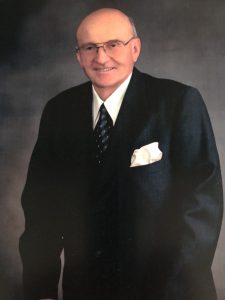 Don B. Olsen, a key member of the University of Utah team that developed and implanted the world’s first artificial heart, passed away Aug. 5 at his Cottonwood Heights, Utah, home of causes incident to age. He was 88.

Olsen, who was Professor Emeritus in the U’s departments of biomedical engineering and surgery as well as president of the Utah Artificial Heart Institute, was a veterinarian who implanted early prototypes of the Jarvik-7 artificial heart into animals–mostly calves and sheep–and was instrumental in developing the final design of the device that was implanted into patient Barney Clark in 1982.

Join the Bennion Center for an Alternative Break 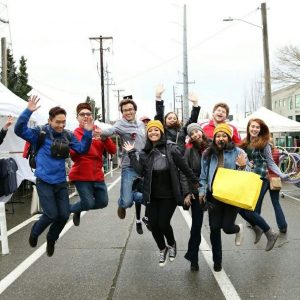 Apply now to be a faculty/staff partner for the Spring 2019 Alternative Breaks program through the Bennion Center. Faculty and staff are eligible to travel with Bennion Center students on one of twelve trips throughout the western US or Vancouver, Canada during Spring Break 2019.

Faculty/staff travel at no cost and time away from the office does not count against vacation days. You’ll work with a student site leader as a trip co-planner and have the opportunity to learn and serve in areas such as animal advocacy and rehabilitation, community health, hunger and food justice, empowering at-risk youth, LGBTQIA and human rights, immigration, women and poverty, marine conservation, homelessness and urban environmentalism.

For more information or to apply, go here.

Accessing UMail: “www” is a must 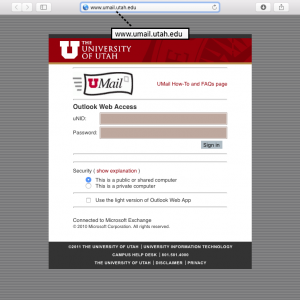 Many people in the University of Utah community have been using the shortcut URL umail.utah.edu to access UMail via a web browser. Going forward, that shortcut URL will no longer redirect users to the correct URL, www.umail.utah.edu.

Users who wish to access UMail via a web browser now need to use the full, correct URL (if they are not already doing so): www.umail.utah.edu.

Please note the difference: umail.utah.edu (no longer provides UMail access) vs. www.umail.utah.edu. Users may wish to bookmark the correct URL.

As always, users can access UMail using one of the following methods:

Removing the redirect from umail.utah.edu was necessary to prepare for an upcoming project that will integrate UMail, Active Directory (AD) and Office 365. 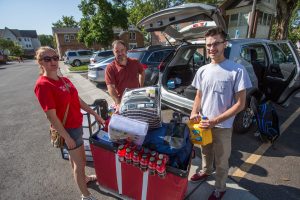 Housing & Residential Education (HRE) is preparing to welcome home over 3,700 students this August. Move In Day is an important day for all students living on campus at the University of Utah and a memorable one at that.

HRE is currently seeking support from university students, staff and faculty to serve on UCrew, our group of volunteers who help students move into their rooms. Move-in is Thursday, Aug. 16, 2018, and UCrew shifts are from 8 a.m.-12 p.m. or 12-4 p.m. Signup is easy—just head to our UCrew page. Are you a leader or member of a club or organization?

If you get 75 percent participation from your members, you’ll receive a free event room rental at the Peter Heritage Center. Not only is this a great opportunity to connect with students, but you’ll also receive a free meal, free shirt and maybe even get to hang out with Swoop.

WEAR YOUR RED ON FRIDAYS 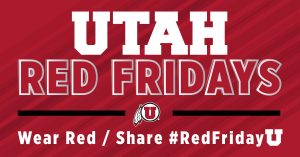 Wear your red on Fridays and share your photos flashing the U and don’t forget to use #RedFridayU. 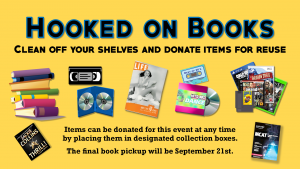 As part of the Employee Appreciation Day on Sept. 27, 2018, the Marriott Library organizes the “Hooked on Books” book and media giveaway. However, in order to accomplish this, we need donations of materials to give.

We are soliciting donations of books, DVDs, CDs, Blu-ray, video games, board games or any other type of physical media. Please use this as an opportunity to declutter your collections, and pass these items on to other staff members who will enjoy them. Donation bins are located in seven places across campus and downtown. The last collection date will be Sept. 21. Please consider donating; it’s an excellent way to de-clutter your home and office.

CALL FOR VOLUNTEERS: BE WELL UTAH 2018 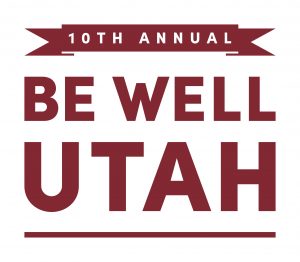 If you’ve enjoyed the event in the past and would like to get more involved, consider volunteering this year and complete this form.

For any questions regarding volunteering, please contact Lisa Folkman at Lisa.Folkman@hsc.utah.edu or visit healthcare.utah.edu/bewellutah for more information.

Buy a Mac or iPad Pro, UTech will Supply the Beats

UTech, the Campus Store’s technology department, is offering a free pair of Beats headphones when purchasing a Mac or iPad Pro.

This is an amazing offer, perfect for students gearing up for the busy fall season. Whether you are an incoming student buying a computer for classes or a faculty or staff member needing a tech update, this is a deal not to be missed.

All products are available at UTech in the main Campus Store, as well as the Campus Store Health. Be sure to stop by and grab the products you need to jumpstart your fall semester. 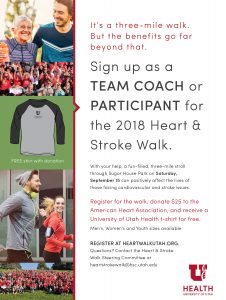 With your help, a fun-filled, three-mile stroll through Sugar House Park on Saturday, Sept. 15 can positively affect the lives of those facing cardiovascular and stroke issues. Register for the walk, donate $25 to the American Heart Association and receive a University of Utah Health T-shirt for free. Men’s, women’s and youth sizes available.