Vaccines are one of medicine’s greatest accomplishments. They have all but eradicated diseases that used to be common – and deadly. Yet, despite all the solid scientific evidence in favor of vaccines there are still people who do not think they are necessary, or can even be harmful. “Vaccines have been proven safe and effective time and time again,” said Cindy Gellner, M.D., a pediatrician with University of Utah Health. “There was one study that linked vaccines with Autism, but it has been debunked and research has shown time and time again that there is no link.”

The vaccination schedule starts at an early age because that’s when they are needed. Babies begin losing the immunity they received from their mother at birth and by six months of age they are completely unprotected. Vaccinations protect them from diseases that could take advantage of that lack of immunity. They also help bolster the child’s own immune system as it matures. “We want them to be as protected as possible as soon as possible,” said Gellner. “The recommended vaccination schedule ensures that happens.”

Vaccinations in childhood set the stage for a healthy life – because they protect from diseases that previously used to cause hundreds or even thousands of diseases every year. According to the Centers for Disease Control, diphtheria used to kill an average of 15,000 people every year before the vaccine was introduced in 1921. A rubella (German measles) epidemic in 1965 killed more than 2,000 babies and caused 11,000 miscarriages. Now, with the rubella vaccine commonly used the CDC says it has only seen 15 cases of rubella total since 2012. “There is no doubt that vaccines work,” said Gellner. “They don’t just protect against death from these diseases, they also protect against a host of non-life threatening complications like infertility, paralysis and brain damage.”

Vaccines don’t just protect your child – they also protect other people’s children as well. As we have seen in several instances all it takes is one person with a contagious disease to spread it to the community. That spread is stopped short if others in the community are protected from the illness by vaccines. The fewer that are protected the more the illness can spread. “This is especially unfair to people who are unable to be vaccinated for some reason,” said Gellner. “Their health is reliant on a ‘herd immunity’ that comes when the majority of the community has taken steps to protect against diseases.”

Life has its share of hazards. You should prevent the ones you can. Vaccines allow you to do that in safe and easy way. “Your doctor understands you are protective of your children,” Gellner said. “They are too. That’s why they want them vaccinated.” 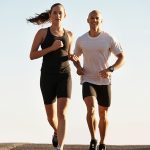 It may seem like a given — if you run long distances regularly, then you’ll eventually need a knee replacement. But from a doctor’s perspective, that’s actually not true. Emergency physician Dr. Troy Madsen, a runner, looks at the research on knee damage and running. He shares his findings and why he thinks running is a great way to stay healthy. 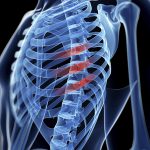 Ribs are like a bicycle helmet. They are made to take the brunt of an impact to keep your delicate organs safe. If they break, doctors can’t just put a cast on them. You’re going to need time to heal. While 85 percent of rib fractures heal on their own, in more extreme cases surgery may be needed. Dr. Thomas Varghese explains what warning signs to look for with more severe rib fractures and when surgical intervention is needed.