To celebrate the founding of the University of Utah in 1850, the Alumni Association each year recognizes alumni and honorary alumni who have excelled professionally, served the local and national communities and supported the university in its mission. The annual distinguished and honorary alumni awards, along with honorary degrees, are the highest honors awarded by the University of Utah.

This year the event will be held on Thursday, Feb. 27, 2020, at 6 p.m. at the Little America Hotel in downtown Salt Lake City. You can purchase tickets here.

Jeff Battcher, ex ’84, is CEO and founder of Battcher Communications, and former vice president of Fortune 500 companies Delta, BellSouth and Level 3 Communication. He is also president and co-founder of AIM Sports Reputation Management. Battcher is a dedicated volunteer—as a member of the Otis Redding Foundation Board of Directors, the Famvin Homeless Alliance Commission and more. He was a football and baseball letterman at the U.

Katharine Garff, B.S. ’64, is a director of the Robert H. and Katharine B. Garff Foundation and a board member of Garff Enterprises, Inc. Garff, along with her husband, Robert, founded the Ken Garff Keys to Success and Ken Garff Road to Success programs to help students achieve academic success. She is a former chair of the Utah State Board of Education, Utah College of Applied Technology and Utah Schools for the Deaf and Blind. Garff currently serves on the U’s National Advisory Council and is an Envision Utah committee member.

Kathy Loveless, B.A. ’71, is an international speaker, author, CEO and founder of Loveless Enterprises, Inc., a management consulting firm. She has developed over 1,000 executive leadership and development programs abroad and in nearly every U.S. state. Loveless’ career began in 1971 as the first Hinckley Institute of Politics intern to serve in the U.S. Department of the Interior in Washington, D.C.

Eric Weddle, ex ’06, recently retired as an NFL free safety with the Los Angeles Rams. He played for the Baltimore Ravens from 2016-18 and the San Diego Chargers from 2007-15. He was an All-American college athlete, playing for the Utes from 2003-06. Weddle has served on the Utah Athletics Advisory Board since 2017. While playing for the San Diego Chargers, Weddle launched a jewelry line to benefit organizations providing resources to domestic violence victims. Weddle and his wife, Chanel, also support numerous charities working to fight against childhood cancer and breast cancer.

Al Landon leads the Corporate Outreach Program for the David Eccles School of Business, where he is an adjunct professor. He also serves on the Eccles School Advisory Board. Landon was nominated by President Barack Obama to serve on the Federal Reserve System Board of Governors in 2015. Landon is currently on the State Farm Mutual Board of Directors. He is vice chair of the National Board of the Smithsonian Institution and is a general director of PBS.

Ted Capener, B.S. ’53, began his career as a farm reporter before becoming one of the first news directors for KSL Radio and TV. He was later a senior vice president at media and broadcasting company Bonneville International and a chair of PBS. But in what he called his “dream job” as a vice president at the U, from 1985-99, he oversaw the Alumni Association, Athletics, university communications, public broadcasting, Red Butte Garden, Kingsbury Hall and more. He has now hosted KUED’s Utah Conversations series since 2006. 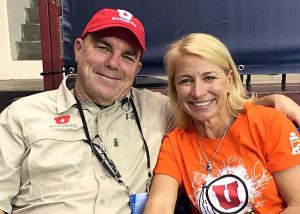 Greg and Megan Marsden: Megan Marsden, B.S. ’84, started working with the U’s gymnastics team as the assistant coach in 1985, before working her way up to co-head coach from 2010-19. Megan Marsden won the MS Society Sports Professional of the Year Award in 2019, and the Pac-12 Coach of the Year award in 2014 and 2015. As a college gymnast at the U, Megan Marsden (née McCunniff) won three individual NCAA titles and 12 first-team All-American awards. 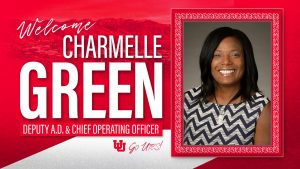 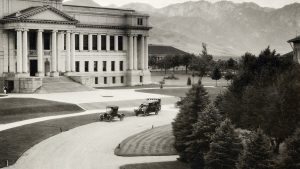 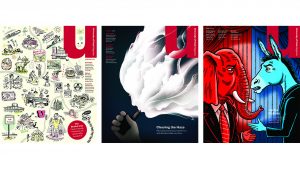 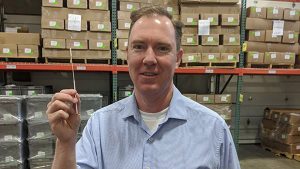