The Center for Medical Innovation (CMI) at the University of Utah announced plans this week to expand its operations to the University of Utah Asia Campus (UAC) on the Incheon Global Campus. Working in conjunction with the Incheon Free Economic Zone (IFEZ), the CMI Asia division will focus on supporting start-ups and early-stage biotechnology companies with commercialization resources and educational programming on best-practices for success in the medical device industry.

The partnership is expected to develop in two phases. The first phase will see the establishment of an “Ideas Lab” to provide expert mentoring and educational programming for young companies and entrepreneurs, and a “Launch Lab,” which will offer support for technology commercialization, in collaboration with partners both within the University and the greater Salt Lake area. This phase is expected to be operational sometime next year.

A second phase will bring a dedicated research and development lab for academic and industry collaboration. Expected with two to three years, the lab will be housed within the Incheon Free Economic Zone (IFEZ), with the Incheon Techno Park and Songdo District 11 identified as potential locations.

“The CMI’s move in Songdo is expected to contribute greatly to the development of the Songdo biocluster through collaboration between startups and bio companies,” said Lee Won-jae, head of the Incheon Free Economic Zone Authority. He continued, saying “[IFEZ] will not spare any support for the development of CMI and global talent development in the future.”

In collaboration with Inha University Hospital, the CMI expansion comes as part of the Incheon Global Campus’s initiative to continue the promotion of industry-academic education and industry-academic cooperation, which includes foreign universities as industrial education institutions.

Bernhard Fassl, the executive director for the Center for Medical Innovation, expects the expansion to be the beginning of a lengthy partnership for all involved.

“Looking towards the future, we foresee a mutually beneficial long-term-collaboration among the University of Utah, Utah Asia Campus and our Korean academic and government partners.” 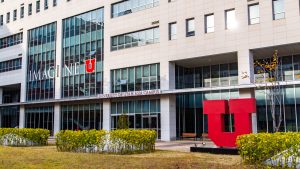 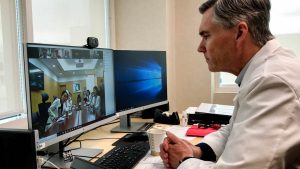