It’s the kind of story you’d like to hear every day. A group of students from the Uintah Basin – the majority from the Ute reservation – came to the University of Utah for a weeklong workshop where they learned the art of storytelling. 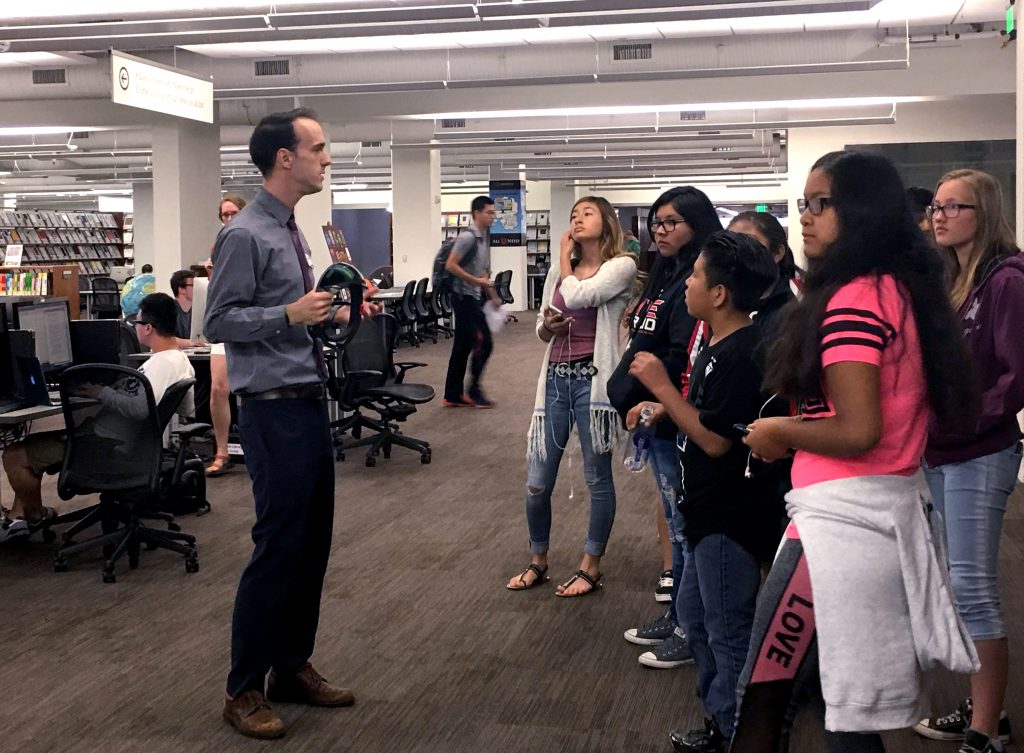 TJ Ferrill, head of Creative Spaces at the Marriott Library, shows students how to use the Hololens on level 2 at the library. Students also got to see how 3-D printing works and got to edit their own videos.

While this is an over-simplified statement, the reality is that 26 students spent four days living on the U campus and learning everything from writing and rhetoric, to video production, to 3-D printing and virtual reality technologies. The end result: The students left with copies of their personal stories and a better idea of what it’s like to be a college student.

“This has been a tremendous partnership between the tribe and the U that has materialized into an extraordinary project,” explained Martha Macomber, educational liaison between the U and the Ute Tribe. “The idea began with the tribal education leadership, and the U has responded in a meaningful way. This collaboration resulted in a truly remarkable experience for the students, but also for those of us here at the U who have been eager to see the connection strengthened.”

Included in the list of U partners is the J. Willard Marriott Library, the Lassonde Institute, the Office of Engagement and Youth Education through Continuing Education.

“This is the first time we’ve had a group from the Ute reservation at the U in a residential camp with an academic focus,” said Hailey Leek, administrative project coordinator for Youth Education. “We were delighted to have this group here to explore the story making process and higher education.”

One of the students, LaeChelle Chapoose, was found texting her grandmother during the workshop. She was asking her questions about her grandfather, who she was writing about. 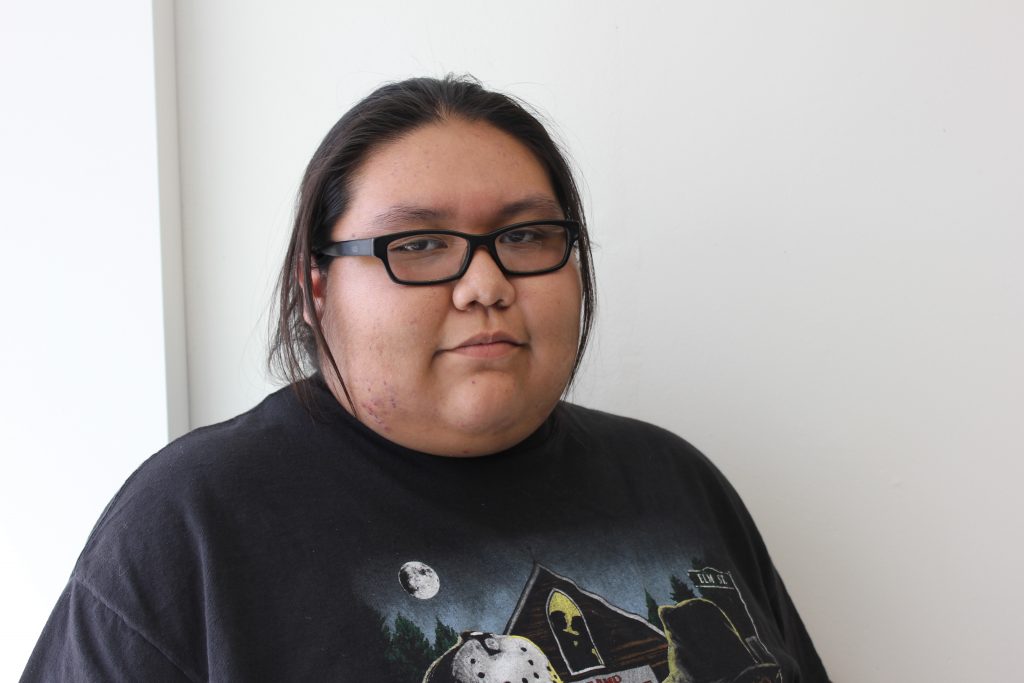 “In my family, I am the closest one to my grandfather,” Chapoose said. “When I was very young, he would tell me stories from the past. He told me about how his father would make him and his brother walk up the mountainside early in the morning looking for deer while his father would take the easy way, driving his car up the mountain.” Chapoose smiled, “He would tell me lots of those kinds of stories, and then we would watch TV shows late at night.”

“This is just the kind of thing we were hoping to see happen during this camp,” said Macomber. “We were hoping that the students would become interested in their family history and cementing relationships, and this is just what we’ve seen.”

The Marriott Library played a large role in facilitating the weeklong camp. TJ Ferrill, head of Creative Spaces at the Marriott Library, showed students how to use the Hololens and other virtual reality technologies. Students also got to see how 3-D printing works and learned how to edit their own videos with the instruction of Tony Sams, video studio specialist. They also made their own zines with the guidance of Erika Church, design and technology specialist, and Juli Huddleston, manuscripts archivist.

In addition to spending time at the library and the Lassonde Center, where they lived for the week, the students also enjoyed rock climbing and swimming at the Student Life Center, listened to a poetry slam hosted by grad students who are members of the Wasatch Wordsmiths and learned about space at a star party with the Department of Physics and Astronomy.

Prior to this camp being developed, Macomber visited the reservation schools for more than two years; this past May she spent three weeks teaching at Eagle View Elementary on the reservation. Since February, several Marriott Library staff members have traveled to the reservation to hold workshops on how to make zines and use video and audio equipment; they also shared historic Native American materials from Special Collections.