More than 50 years ago Jane Goodall redefined the relationship between humans and chimpanzees and transformed primatological research through her work in Tanzania. Sponsored by the University of Utah’s College of Humanities, the trailblazing conservationist has been invited to discuss her career, her institute and the future of chimpanzees at a sold-out event, Friday, April 24, 7 p.m. at the Salt Lake Marriott Downtown at City Creek.

Through her unprecedented acceptance into the chimpanzee habitat in the Gombe Stream National Park in the 1960s, Goodall unveiled major discoveries about the primates that the scientific community overlooked. Among her vast findings, she observed chimpanzees engage in a basic form of tool making by the way they manipulated twigs and branches to make tasks more effective. She also discovered they are not vegetarians as she watched chimpanzees hunt and eat smaller primates.

Goodall, who turned 80 on April 3, is the founder of the Jane Goodall Institute, which continues to be a leader in the effort to protect chimpanzees and their habitat. She also founded the Roots & Shoots program that connects children around the world to take action to improve the world for people, animals and the environment. 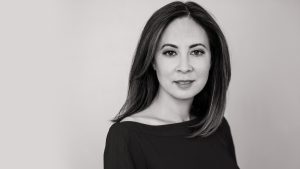 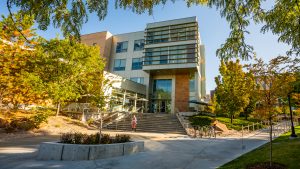