By the Lassonde Entrepreneur Institute

NovaBio, formerly known as Ligadon, is developing a coil-shaped and biodegradeable device that holds together tendons and ligaments like a “Chinese finger trap.” It distributes tension, decreasing risk of reruptures and the need for revision surgeries after ligament and tendon repair. This device can also prevent muscle atrophy by reducing the need for post-operative immobilization.

Holt invented the device while earning a Doctorate in bioengineering. 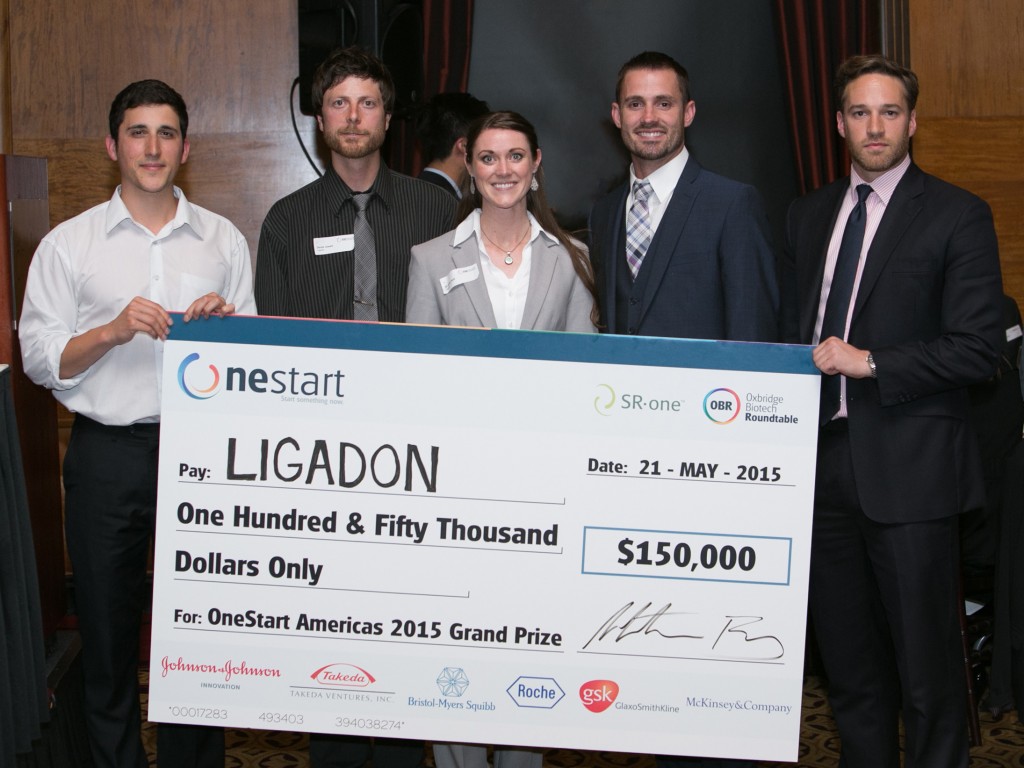 “OneStart was an incredible competition that provided intense mentoring as well as a $150K non-dilutive cash prize,” Casper said. “We have a lean development path and this award will enable us to complete bench top mechanical tests and a small animal in vivo study necessary to move forward.”

Casper is CEO and founder of NovaBio. She is joined by Phil Casper (COO) and Derek Jewell, who also has a bioengineering degree from the U.

OneStart was founded by the Oxbridge Biotech Roundtable, a startup advancing early-stage innovation with tens of thousands of academic and industry members and SR One, GSK’s venture capital arm.

The competition is open to startups around the world with an idea to improve human health in any way. There are two parallel competition streams: Americas for North and South American teams and Europe for the rest of the world.

NovaBio won the grand prize in the Americas division.

NovaBio’s success follows an intense five-month training and mentoring program culminating in pitching events to investors and industry experts in London for the OneStart Europe finalists and San Francisco for the OneStart Americas finalists. The 20 finalist startups were winnowed from an initial pool of over 630 healthcare startups from across the Americas, Europe and Asia-Pacific.

All OneStart co-founders must be 35-years-old or under and must not have received more than £100k dilutive funding. Almost 650 startups applied to OneStart 2015 globally, tripling from 2014.

Learn more about student entrepreneurship at the University of Utah on the Lassonde Entrepreneur Institute website at lassonde.utah.edu.